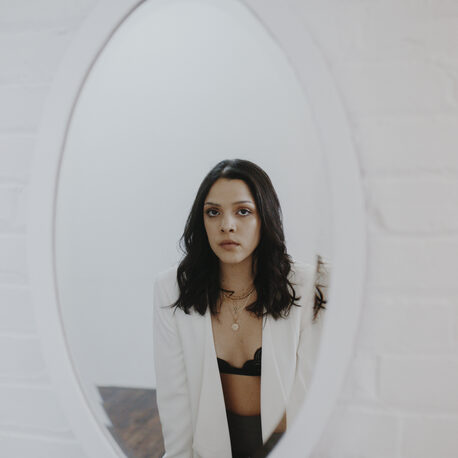 Joyia is a Toronto-based R&B singer, songwriter, producer, composer, and DJ. Her introduction to music occurred at an early age. She began church choir at 6, and was put into classical vocal and piano lessons at 9 and 10. However, her first introduction to the industry began at age 18 with electronic music. After attending a Swedish House Mafia concert at 16, she decided she wanted to produce electronic music and DJ; Djing her first show at Toronto’s once legendary club, The Guvernment, when she was 18. While the brief turn towards electronic music taught her fundamental elements of production in her mid-teens, she refined her musical style about two years ago when she returned to her early soul, jazz, and R&B influences. With a heavy focus on her vocals and songwriting, Joyia continues to compose and produce her own music with the help of producer HMLT of Toronto, and many others. People have compared her to the likes of Aaliyah, H.E.R., Jhené Aiko, and Sabrina Claudio, but somehow still place her in her own distinct category. With two releases under her belt, and plans for a full-length project, her unique sound will soon be breaking through the city.