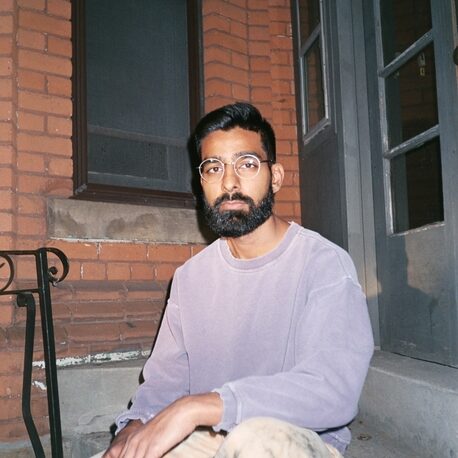 Kalaaj (aka Sameer Kalra) has been producing music in various forms for over 12 years. Under the alias Resolved Dissonance, he self-released three instrumental EPs in 2009, 2010 and 2016, inspired by producers such as Nujabes, Bonobo and Soulection. In recent years, his focus has shifted to using his own vocals and exploring songwriting inspired by contemporary artists such as James Blake, Toro Y Moi and Frank Ocean. Kalaaj aims to be open, honest and vulnerable over the lush grooves he creates, exploring the subtleties and idiosyncrasies of friendships, love, and morality in his songwriting.