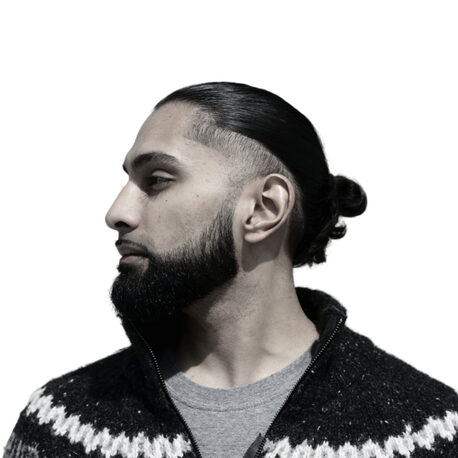 Raz realized his passion for music and recording during his time at University of Western. He’s spent the last 9 years dedicating himself to perfecting his songwriting and creating a unique sound that represents his experiences, personal growth and spirituality.

After graduating, Raz turned down his acceptance to a Doctorate program to move to Germany where he
toured the country over 6 months. His experiences led him to writing with Yusuf Islam (Cat Stevens), a recent collaboration with Isam B of acclaimed group Outlandish, opening for Brother Ali, Hasan Minhaj, Mo Amer, Mustafa The Poet and Shawn hook. His mixture of Hip-Hop and Stadium Rock creates a world where emotion and his message are front and centre in every song.

Raz recently released two singles; “From the Fire” (just 2 weeks ago) and “My World” featuring Isam B which garnered international attention accumulating over 70,000 plays on Spotify and 130,000 views on Youtube. You can find his music on Spotify, iTunes, YouTube and all other major streaming platforms – Follow him @razmusic.co on Instagram to for new music as he gears up to his debut album.