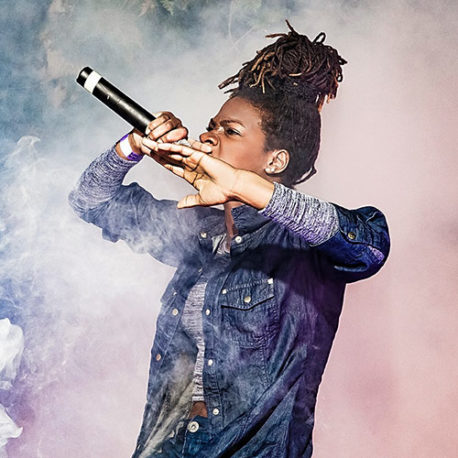 The Toronto-born, Brampton raised artist has been actively releasing music since 2009. A mesh between new school production and aggressive cypher-like delivery, this rapper is a singer and producer all mushed into a 5’1 ball of fury. It doesn’t hurt that she also rocks the decks in her spare time and has performed as her own DJ! Haviah Mighty, 25, has progressed with each project release. Her 4th project ‘Bass Loud’ got a bit of traction on the CMJ charts! ‘Flower City,’ her 5th EP release, did even better! This 7-track EP, which pays homage to Brampton, dropped March 10th 2017 and led to an opening slot for Desiigner, local city love, shows in BC/Winnipeg/Guelph, and lots of CMJ charting. Now, Haviah Mighty steps into 2018 with her heels high and her head even higher.